Paint is just the right medium to embalm the techno-miracle that has flown by. As we grope our way across this new frontier, our faces aglow, our hands diverted from human touch, it seems the world has flipped itself over and begun a new day, with no pause to consider the tentacles it would sprout.

Because digital technology has a way of deranging the present by bulldozing the new into the trash heap of the old at warp speed, this work locates the players somewhere between a deep past and a mysterious future.

Invoking the triple-decker universe of pilgrims, these paintings occupy the primeval understory of our command centers, the earthbound affairs of the desk’s surface, and that other high place of the imagination we sometimes call the Cloud, the rising tip of the Singularity or that mysterious place we cannot fathom.

Snaking down the walls into the lamp-lit proscenium stage of that dark space beneath our desks, the tangle of wires that fetter us to the digital world ends up in a riot of interplay on the way to the power strip, as if scripted for drama. Few will remember it as the mirror image of our pilgrimage.

Let’s not forget its beginnings – the day the hardware store man first averted his gaze from the face across the counter so he could convert the object held out for purchase into a mind-numbing number-punching exercise. We should notice that face, both the one left suspended and the one now fastened to the screen. 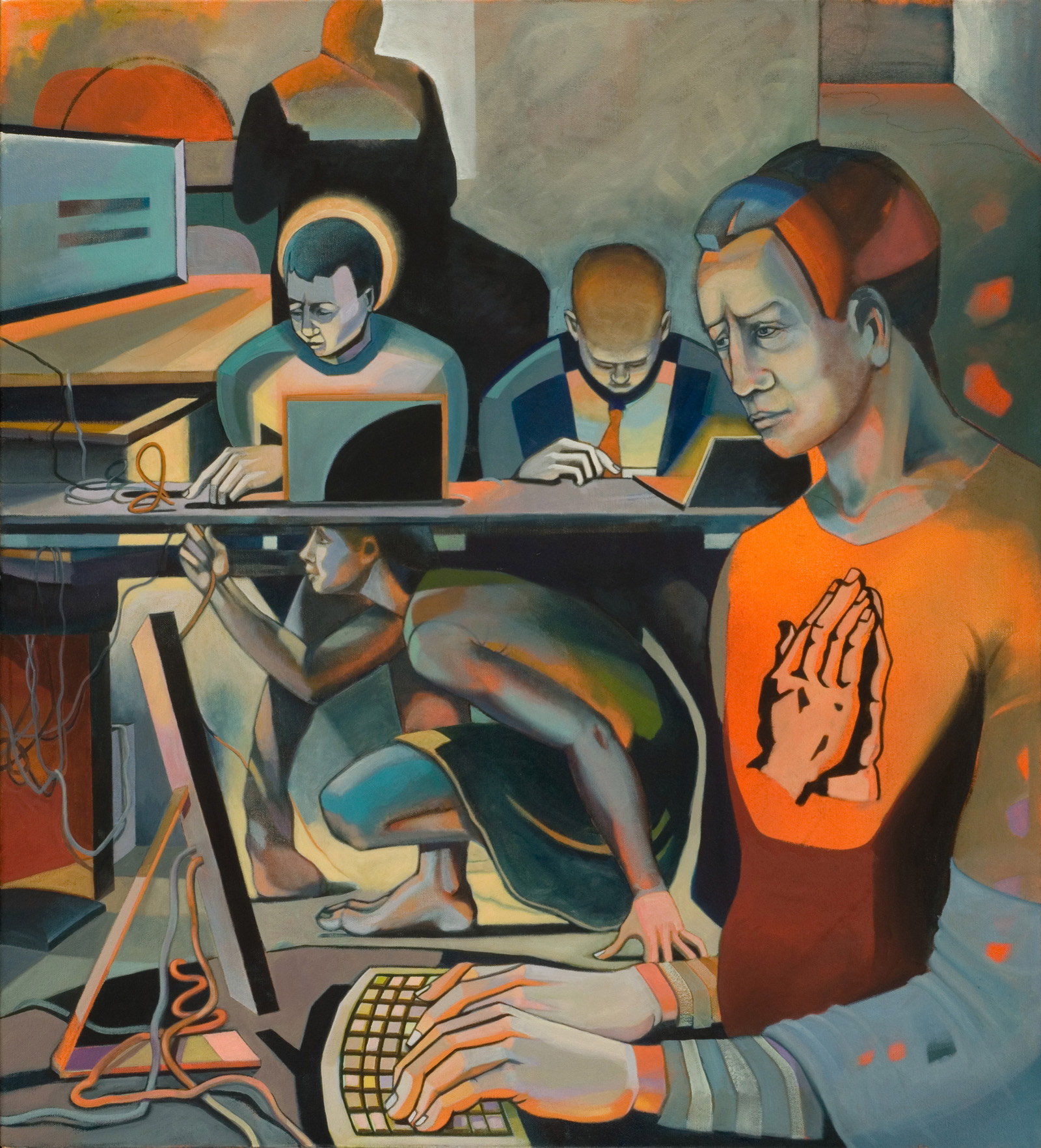 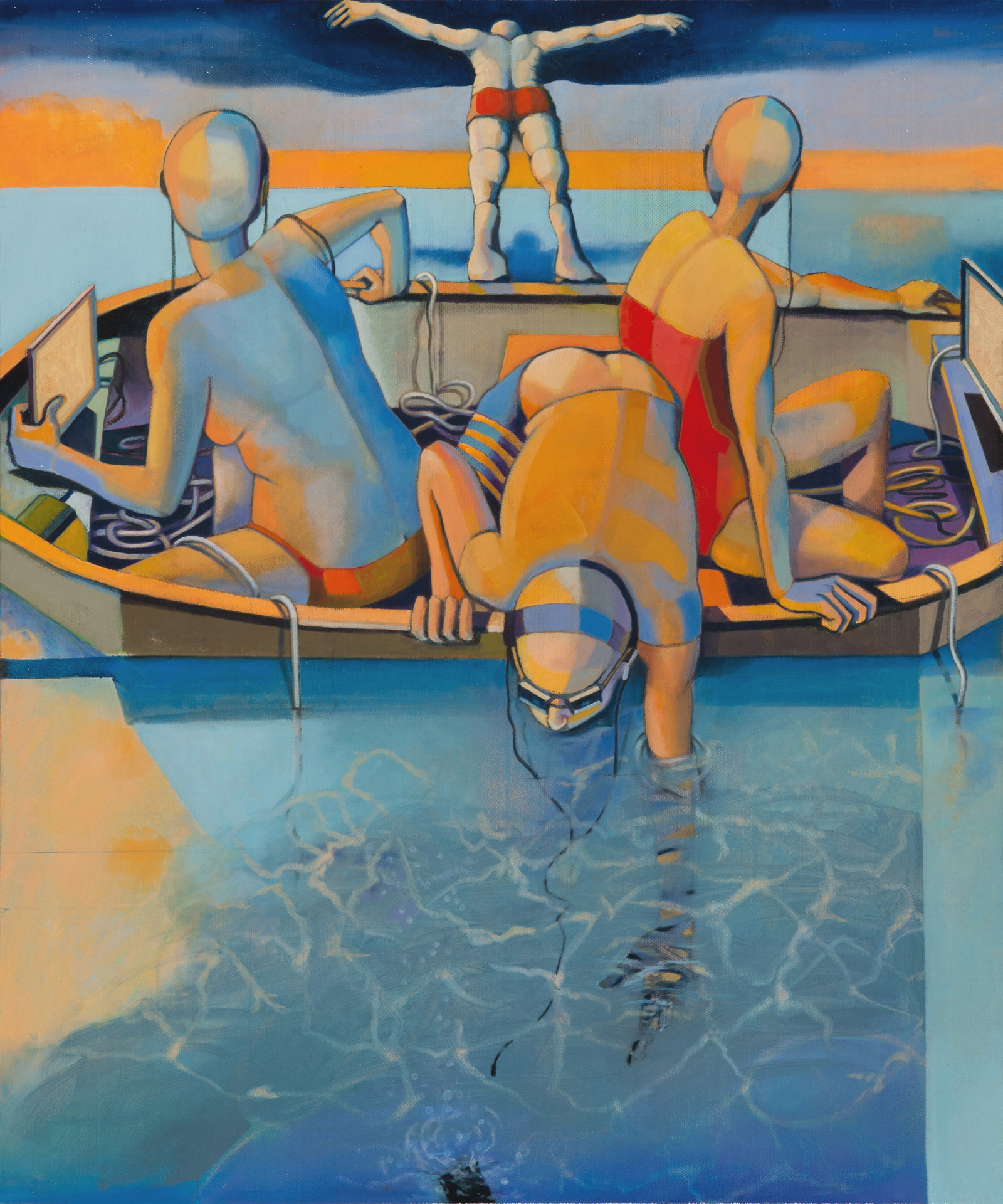 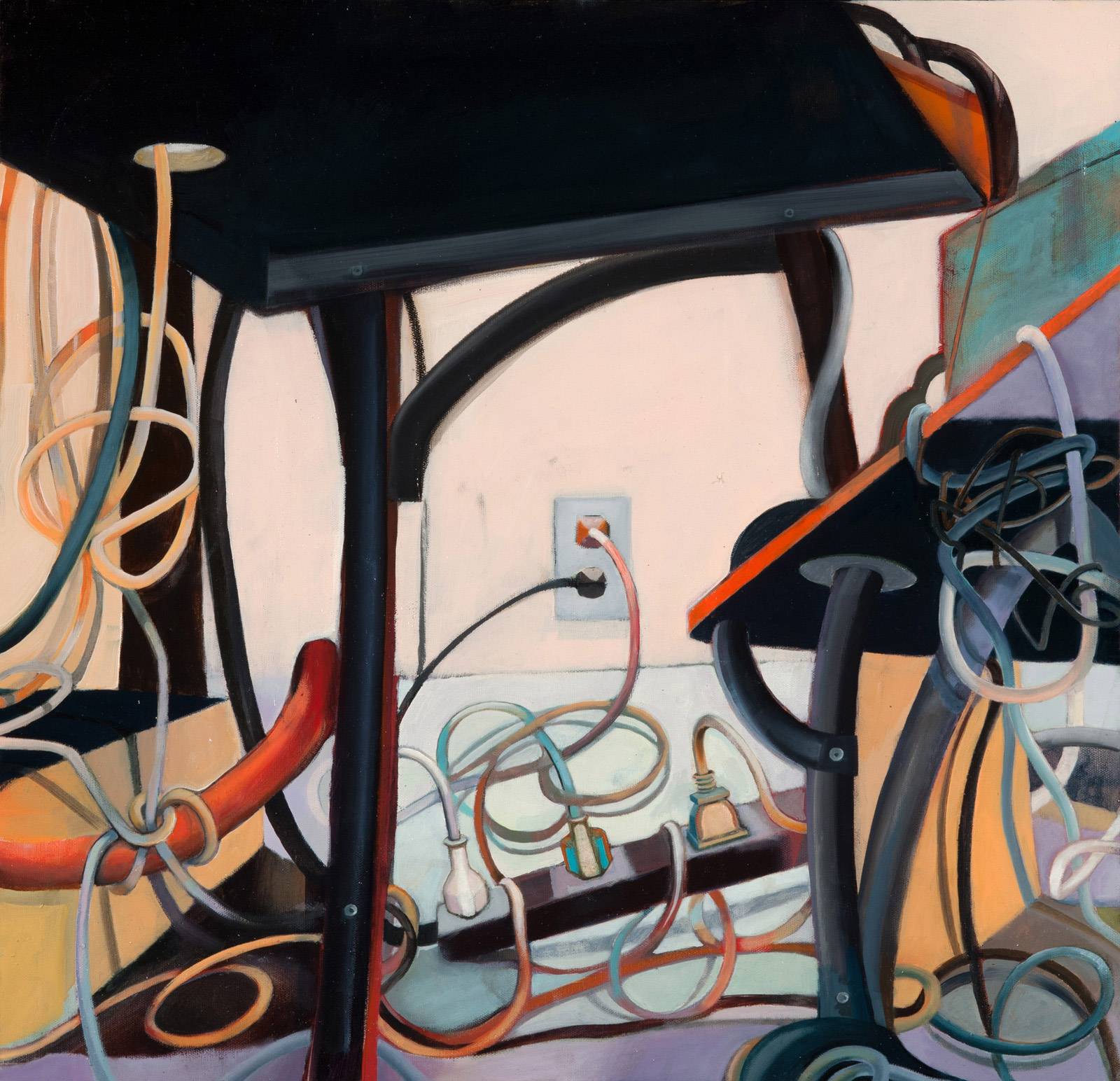 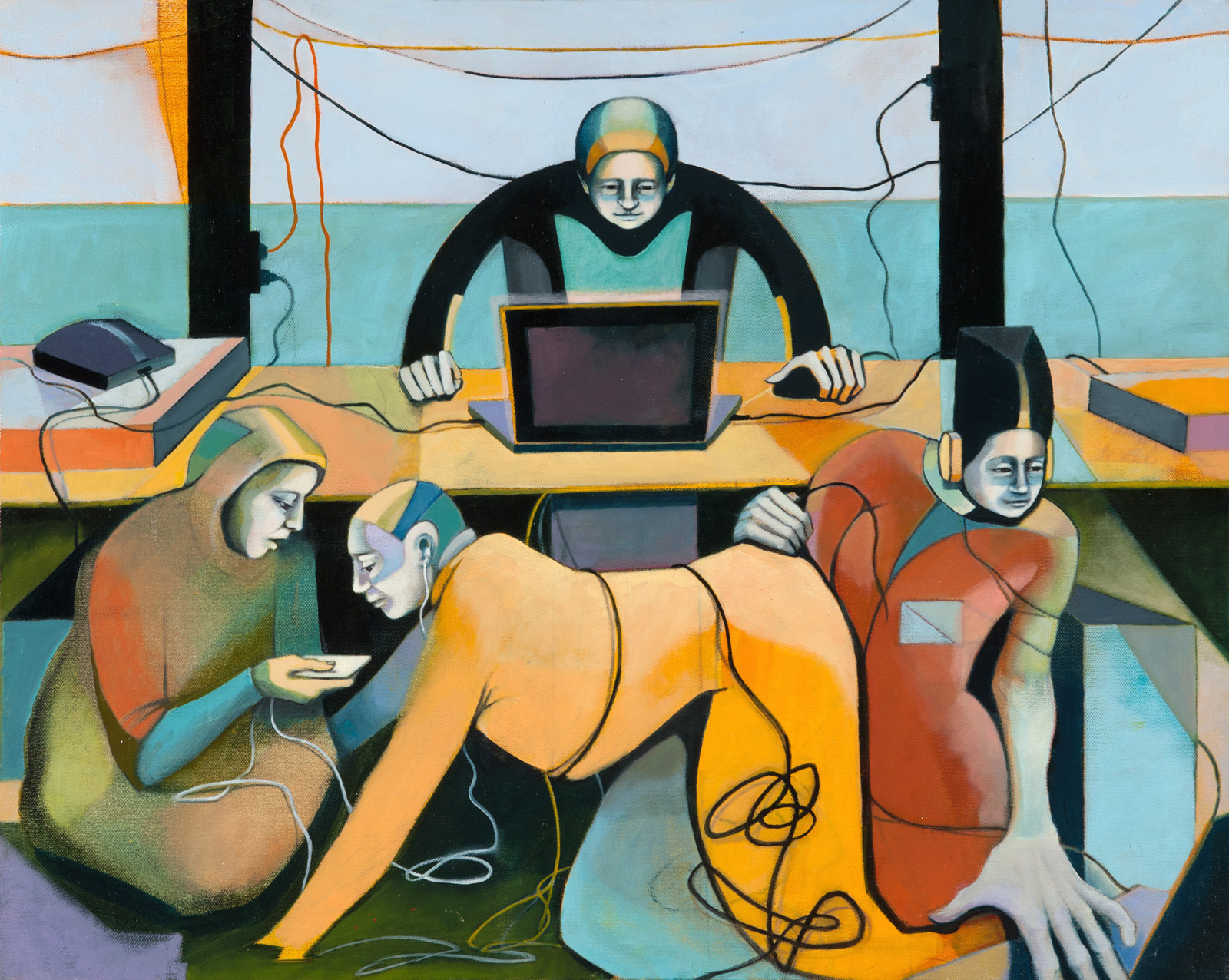 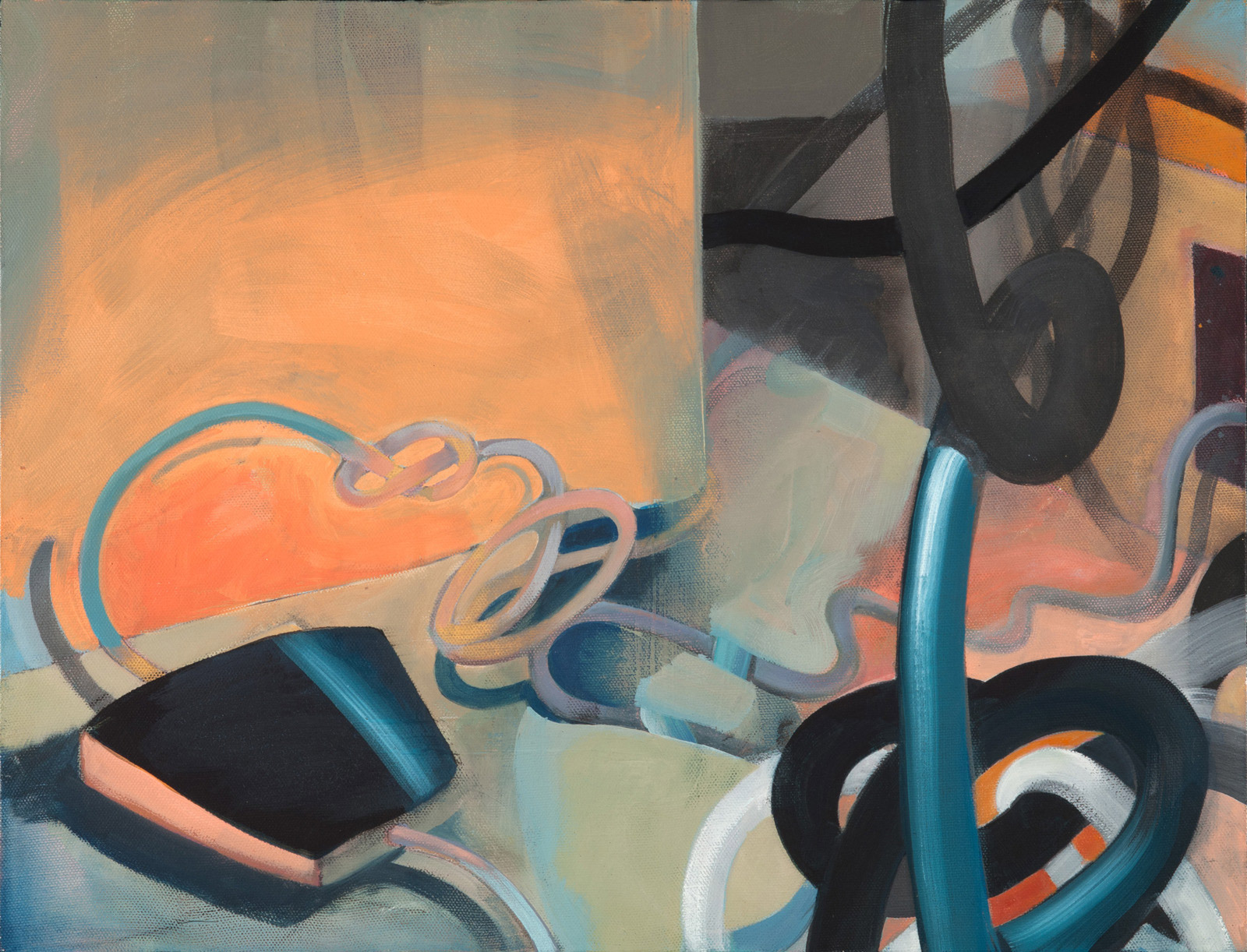 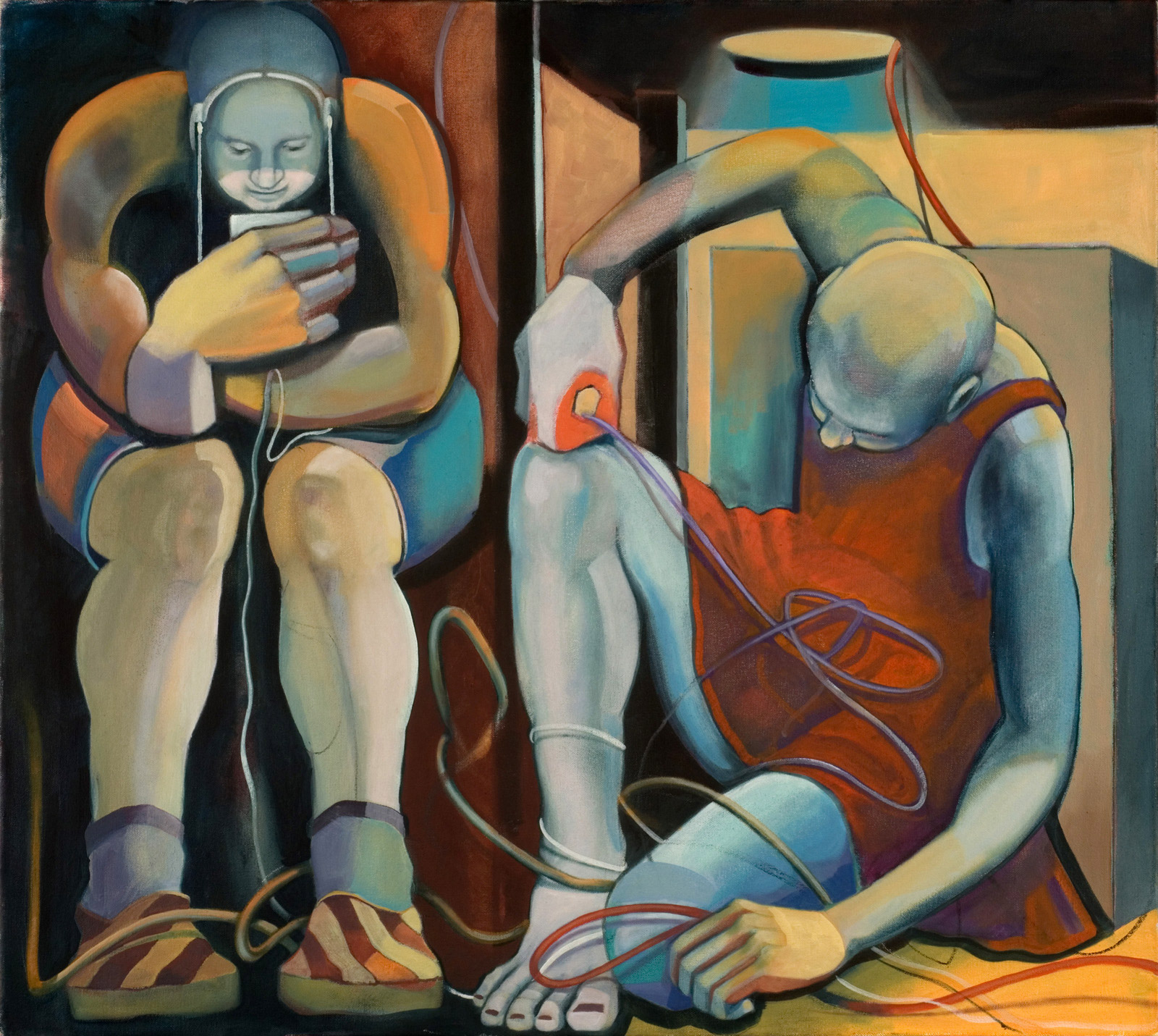 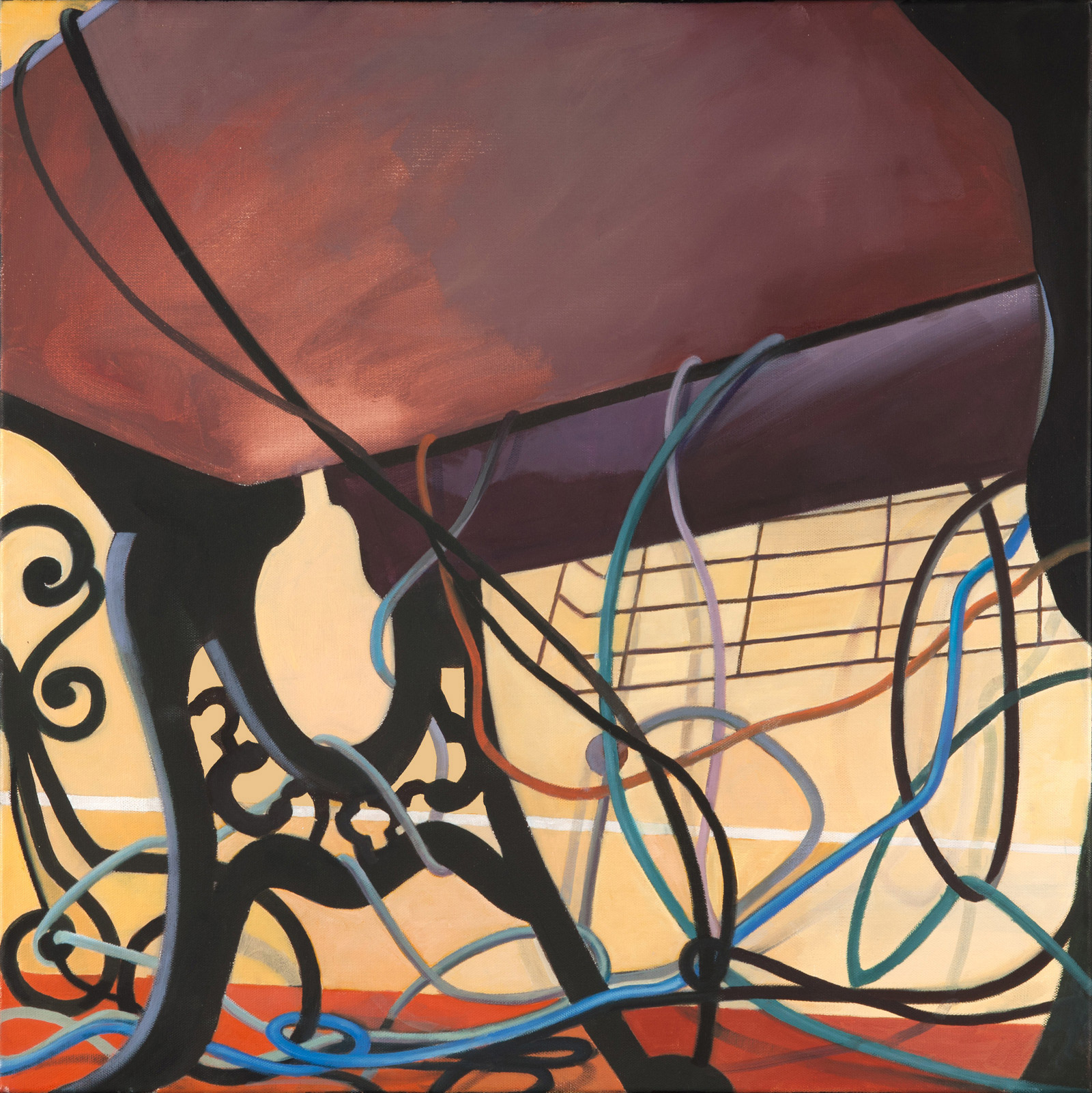 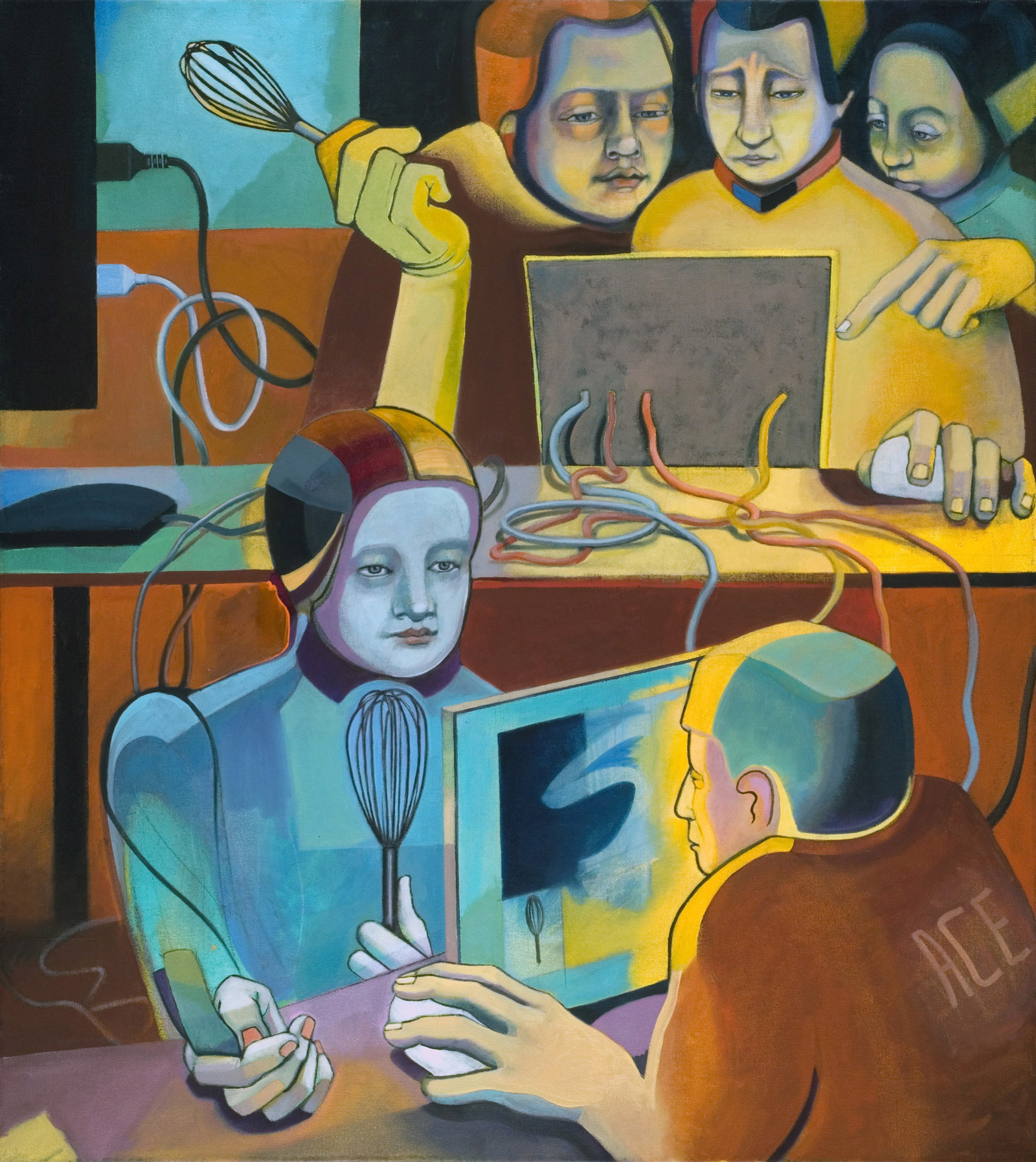 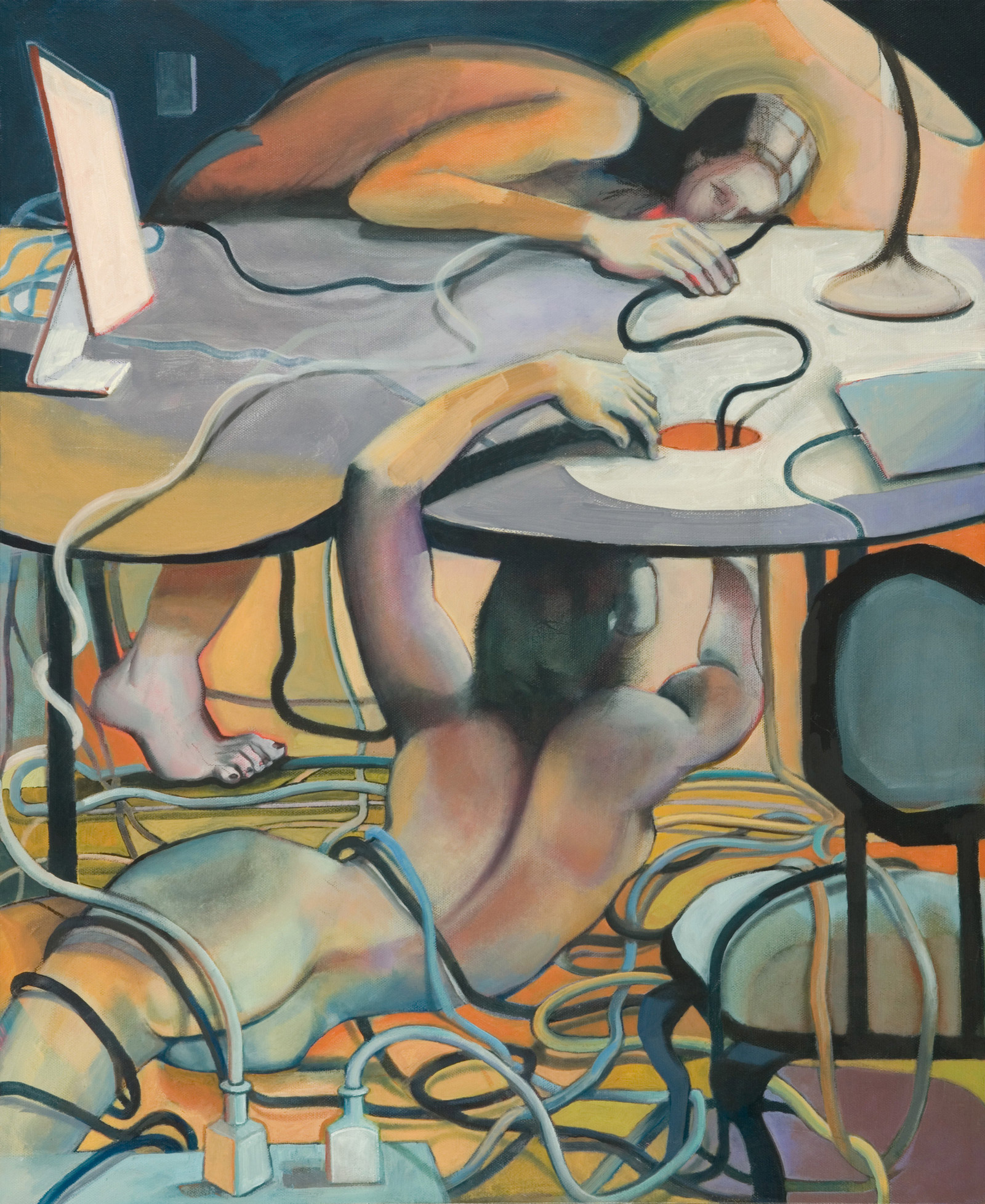 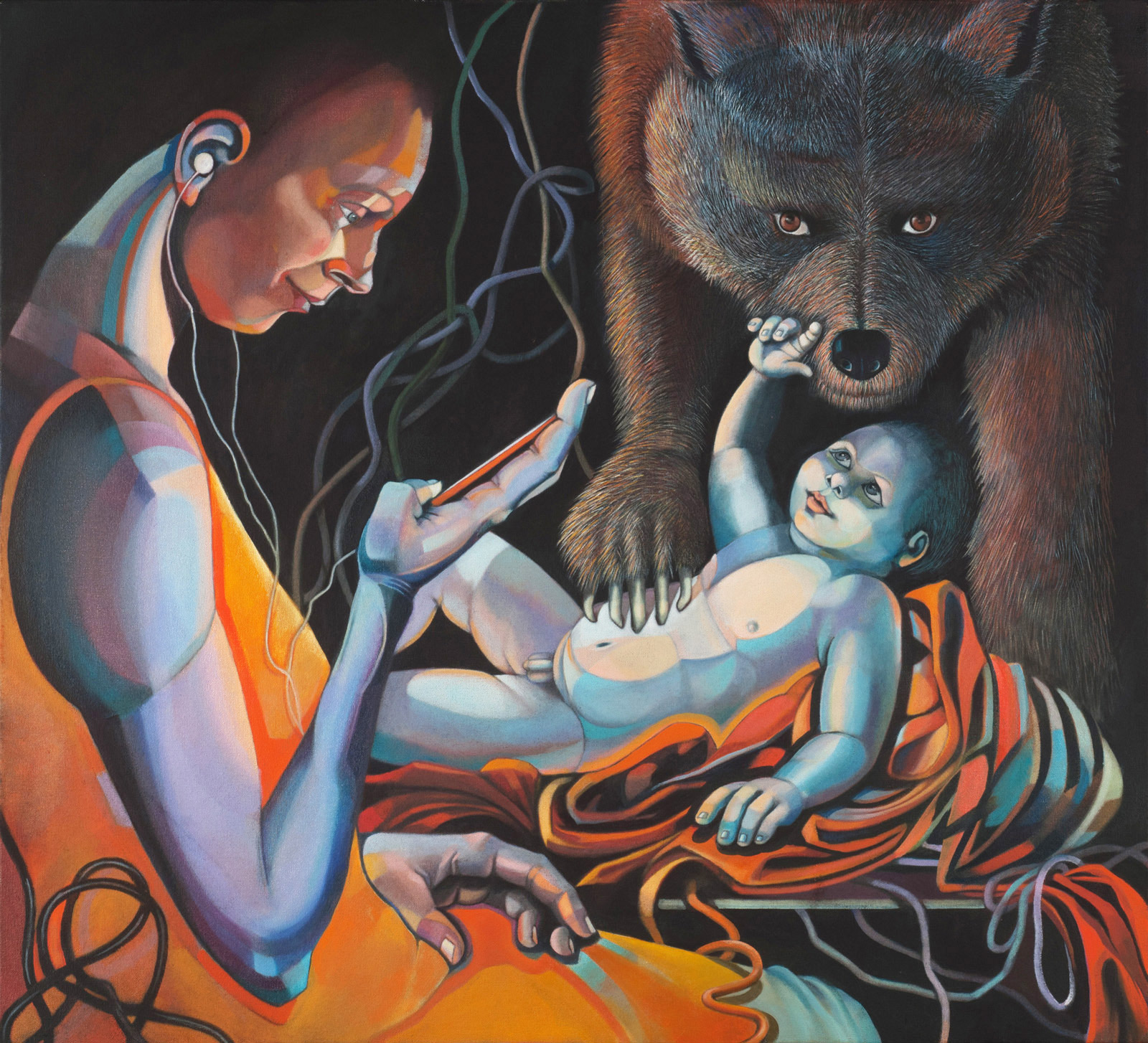 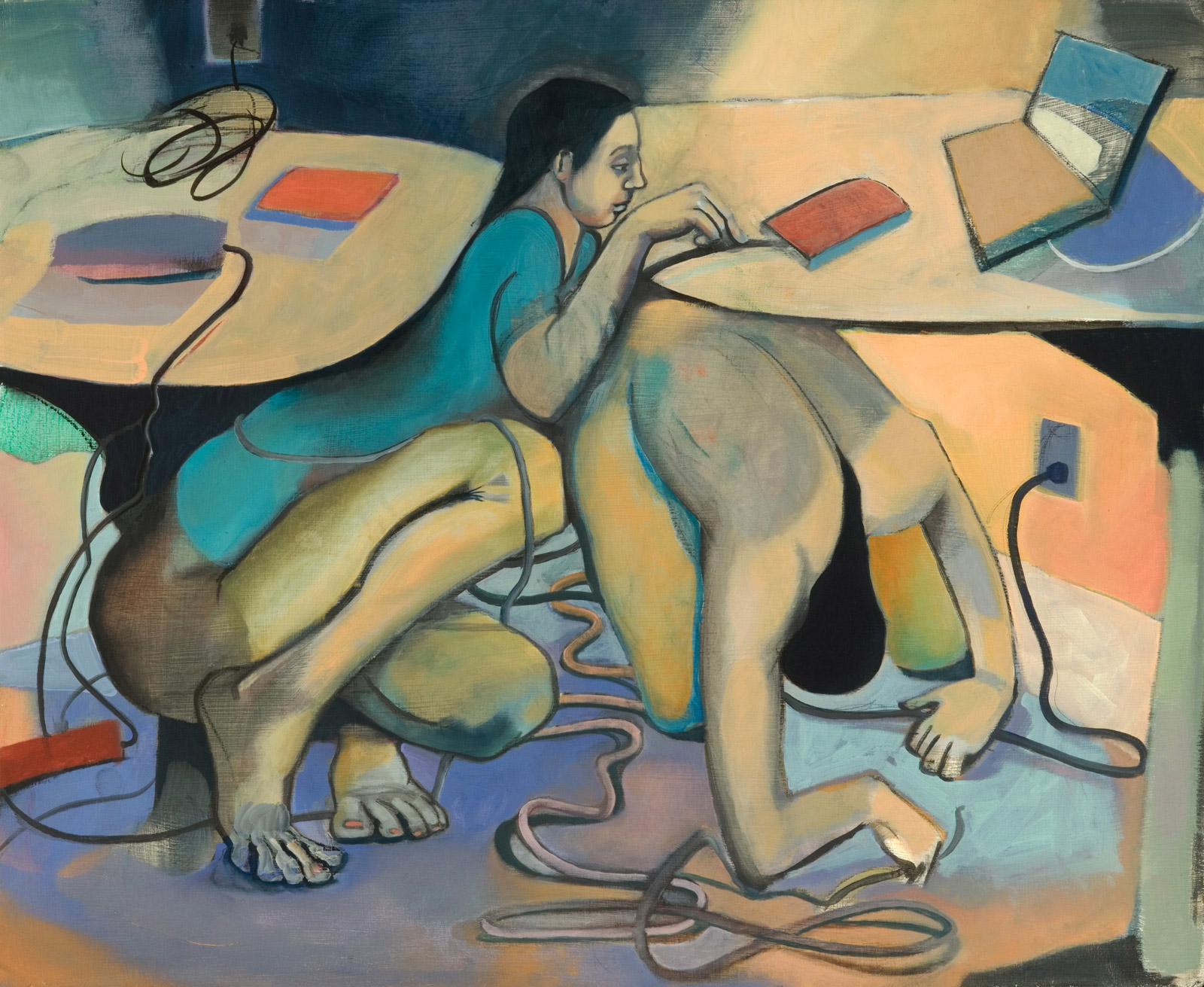